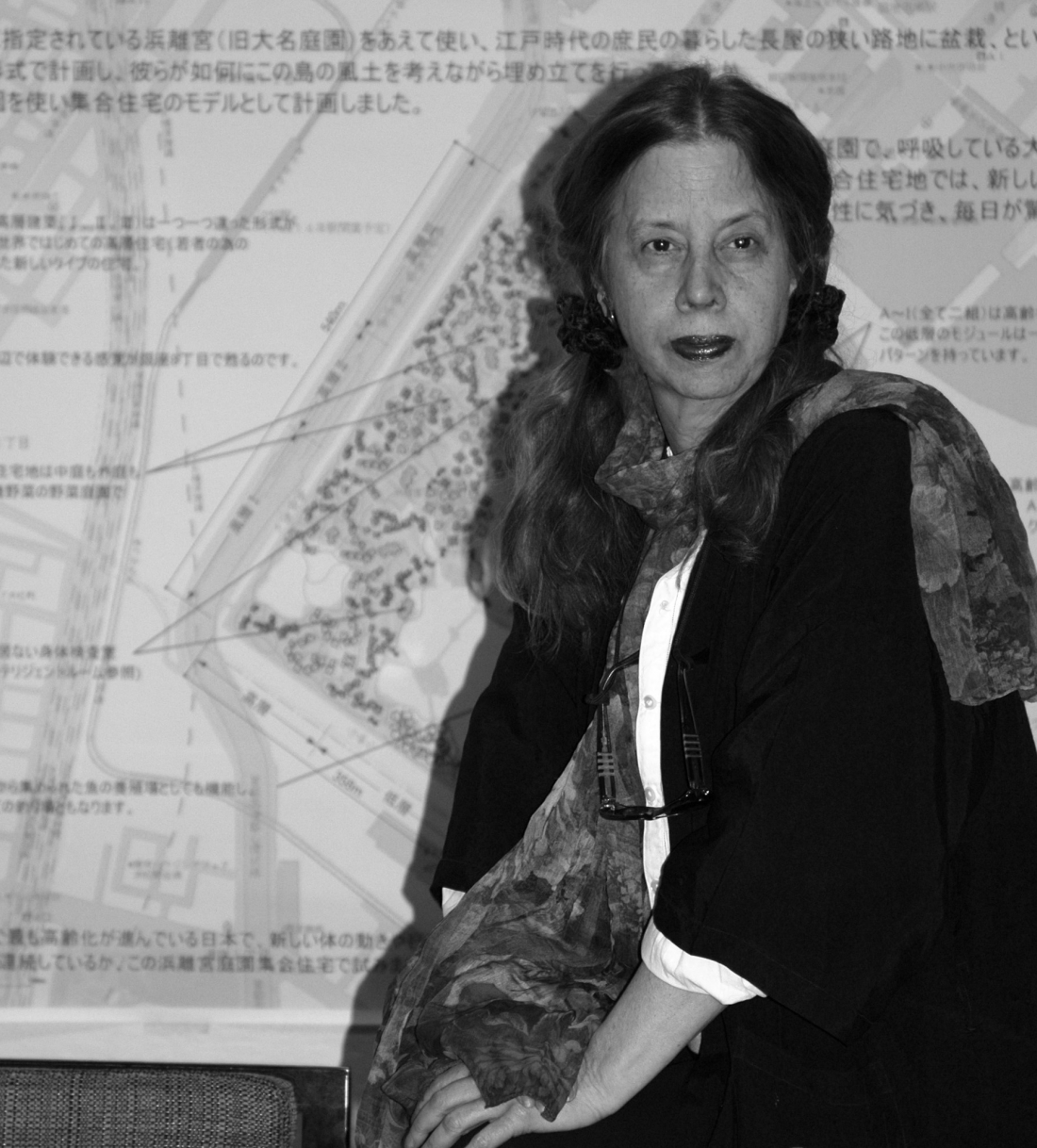 Madeline Gins (1941-2014) was an American poet, writer and philosopher. She grew up in Island Park, NY, and graduated from Barnard College in 1962 where she studied physics and philosophy. While studying painting at the Brooklyn Museum Art School in 1962, Gins met Arakawa and she would become one of the primary interpreters of Arakawa’s work.

Gins published three books: the experimental novel Word Rain (or a Discursive Introduction to the Intimate Philosophical Investigations of G,R,E,T,A, G,A,R,B,O, It Says) (New York: Grossman Publishers, 1969); What The President Will Say and Do!! (New York: Station Hill, 1984), an excursion into identity, language and free speech using the devices of political rhetoric; and Helen Keller or Arakawa (Santa Fe: Burning Books with East/West Cultural Studies, 1994), an art-historical novel that took on a form of speculative fiction.

With Arakawa, Gins developed the philosophy of ‘procedural architecture’ to further its impact on human lives. These ideas were explored through three books that she co-authored with Arakawa: Pour ne Pas Mourir/To Not to Die (Éditions de la Différence, Paris 1987); Architectural Body (University of Alabama Press, 2002); and Making Dying Illegal – Architecture Against Death: Original to the 21st Century (Roof Books, New York, 2006).

Arakawa and Gins endeavored to create buildings through which people would “learn not die.” They firmly believed that their architectural works would have an impact on the residents’ personal well-being and longevity and formalized their belief as the concept of “reversible destiny.”

Together they designed a number of architectural projects including four buildings that were realized during Arakawa’s lifetime. After Arakawa’s death in 2010, Gins completed the Biotopological Scale-Juggling Escalator installed at the Dover Street Market in New York in December 2013. Gins also completed the manuscript for Alive Forever and the illustrated version of her poem Krebs Cycle.

"The future of philosophy lies in architecture"

Died in New York on January 8

“Arakawa and Gins: Architecture and Philosophy,” University of Paris X-Nanterre