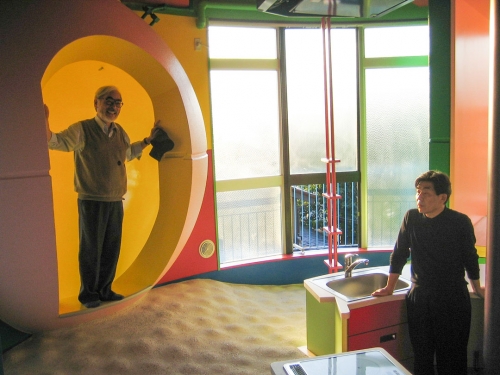 As a part of a series in which we focus on archival materials revealing “friends of Arakawa and Gins” (tentative title), we are happy to share with you, in Distraction Series 16, a glimpse into the friendship between Arakawa and the animation film director Hayao Miyazaki.

Miyazaki perhaps needs no introduction even to those who are not so keen on animated movies. Just think of the global hits like My Neighbor Totoro (1988) and Spirited Away (2001). However, his friendship with Arakawa is not widely known. They developed kinship after Miyazaki visited the Site of Reversible Destiny—Yoro around late 1997 or early 1998. Thanks to this encounter, they began to appear together in public talk programs and they also frequently visited each other’s office to have private discussions. On many occasions, they became so engaged in their conversation that they both had to cancel their other appointments to continue talking. Seeing them converse with such enthusiasm was like watching two imaginative kids planning their ideal secret fort in their own world. 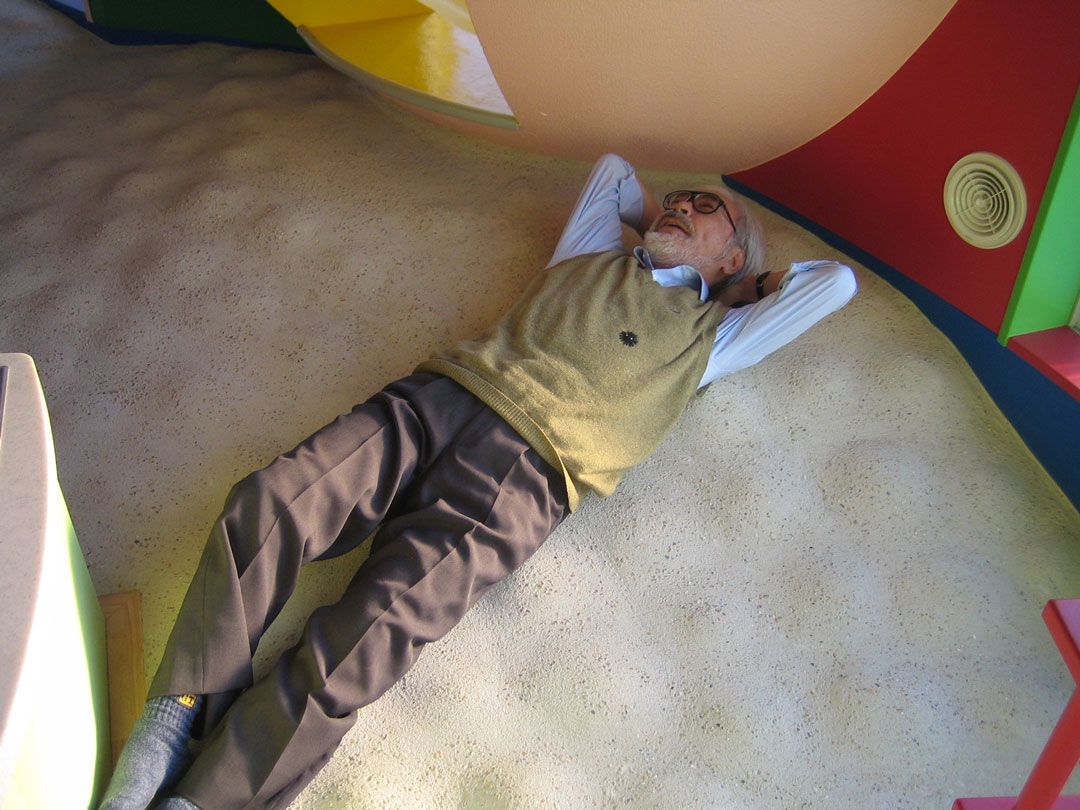 There is an article from 1998 in a Japanese monthly magazine Gekkan Adovataizingu [Monthly advertising] that captures their passionate dialogue, particularly about architecture:

Miyazaki: Your concept of a city is fascinating. It turns everything about modern architecture on its head. …The moment I saw this plan of yours [Sensorium City, Tokyo Bay], I thought that, if this plan is realized, it will prove that Japan is thinking seriously about the future, towards the 21st century. So, I really want to make it happen.

Arakawa: You are the architect. (laugh) …Creating a landscape and buildings, which people can inhabit. But that in itself is still far away from architecture. “Architecture” is to create new life. You see, in your films, so many things happen. Those happenings create life. In truth, you are already creating life.* 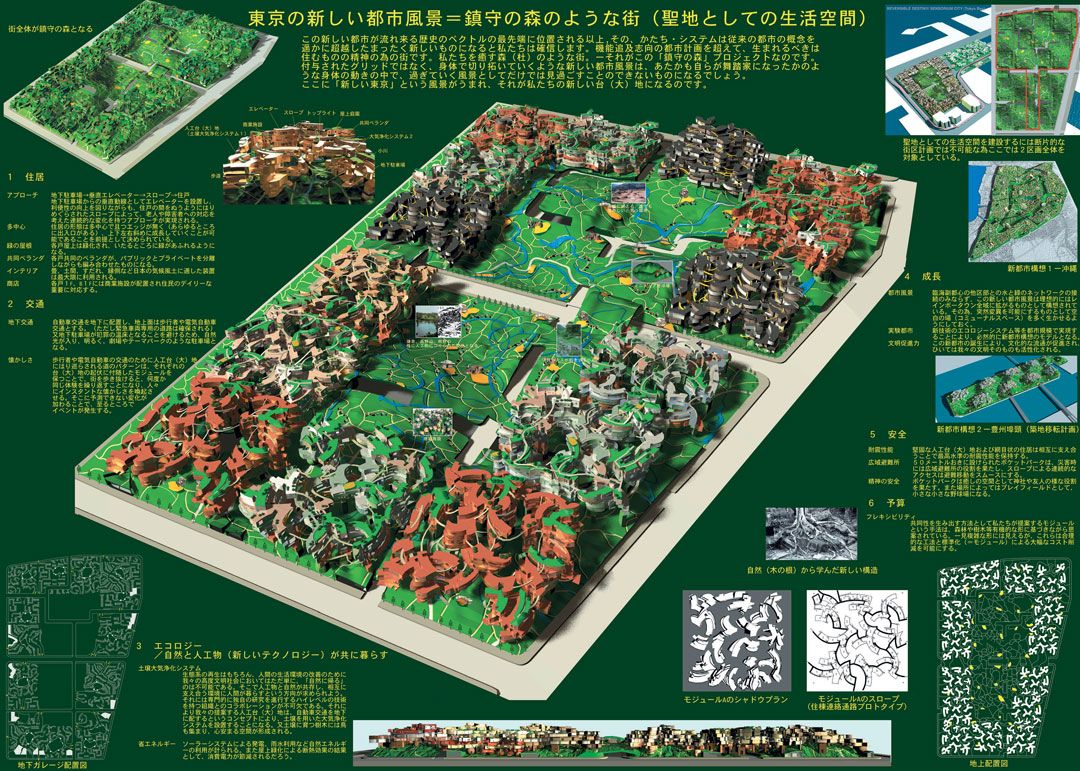 Ultimately, in 2001, Studio Ghibli, Inc. realized Miyazaki's vision as the Ghibli Museum in Mitaka, Tokyo—a place where every visitor can enjoy and experience at their own pace using their whole body and spectrum of senses; in order to be true to this motto, since the museum first opened its doors, admission has been by reservation only.

And four years later, Arakawa, together with Madeline Gins, realized their Reversible Destiny Lofts Mitaka—In Memory of Helen Keller, a visionary architectural work that was a long time in the making. Its core concept is “architecture that prioritizes the body” and is a proposal for “architecture against death.” It is an actual residential building currently being inhabited but is also accessible to visitors through guided tours.

Mitaka, a small corner in the megacity Tokyo, connects Arakawa and Miyazaki through these two buildings that embody their philosophies. It is a curious destiny. Because of their proximity to each other, there is a constant flow of visitors—the general public, scholars, and educators—from all around the world to these two buildings. And the visions and hopes of Arakawa and Miyazaki for the future generations are being transmitted at a ground level. 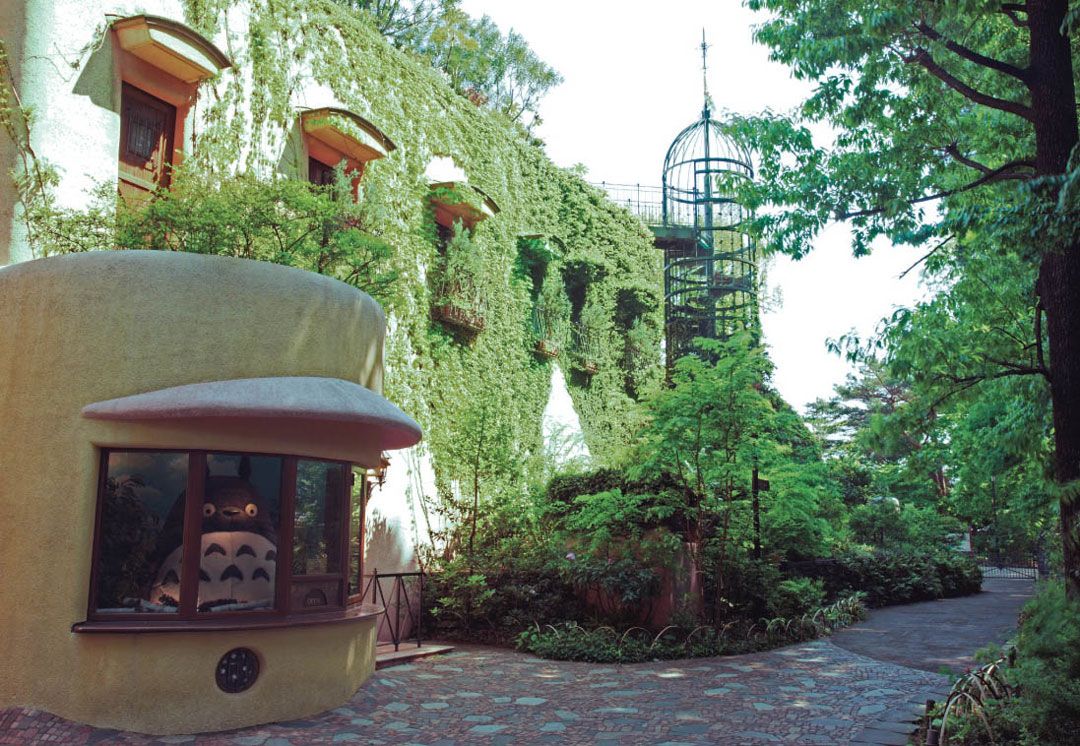 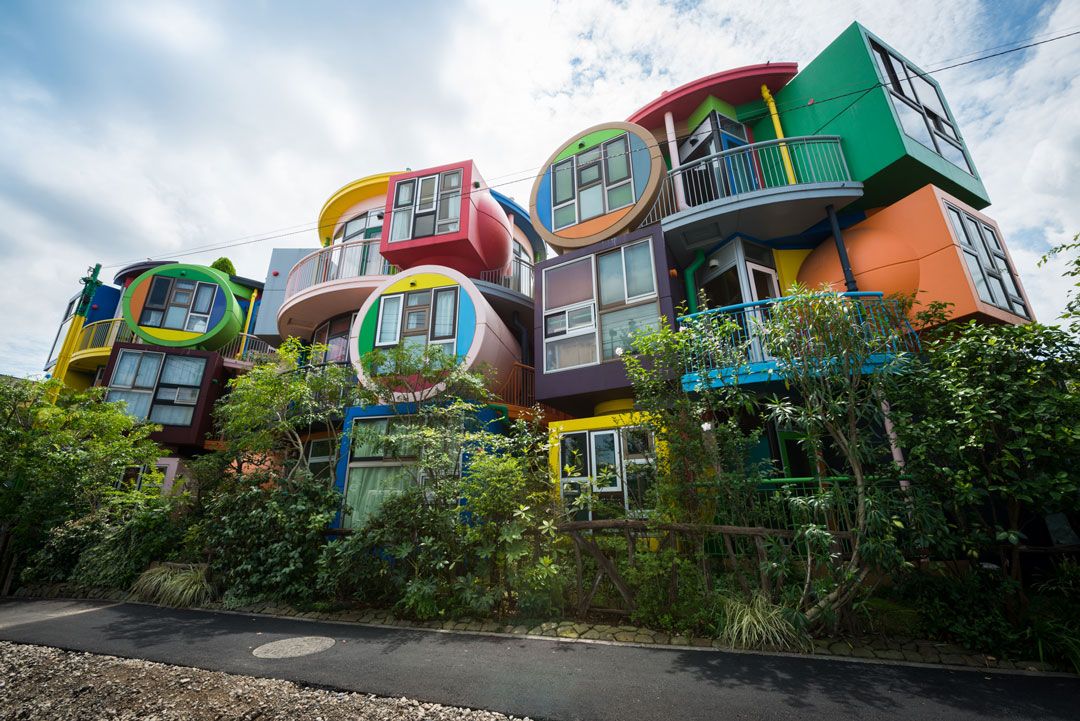 These two buildings share some unique qualities: a mere look at their exteriors will excite you; then, as soon as you step inside, they will fill you with joy and cause you to smile; and they will energize you. Such seemingly simple changes in our state of being are truly difficult to achieve. What is revived by these changes are the sense of awe toward nature, the childlike sense of wonder, and the awareness that we owe our life to the Earth. The friendship between Arakawa and Miyazaki was formed because they both believed that these are important qualities and changes in our state of being. Today, these changes are most crucial to pursue and to pass on to the future generations.

Mr. Miyazaki continues to create his animations.
We wonder what Arakawa is creating today.

Yours in the reversible destiny mode,
The ARAKAWA+GINS Tokyo Office and Reversible Destiny Foundation

Special thanks to Hayao Miyazaki and Studio Ghibli, Inc. 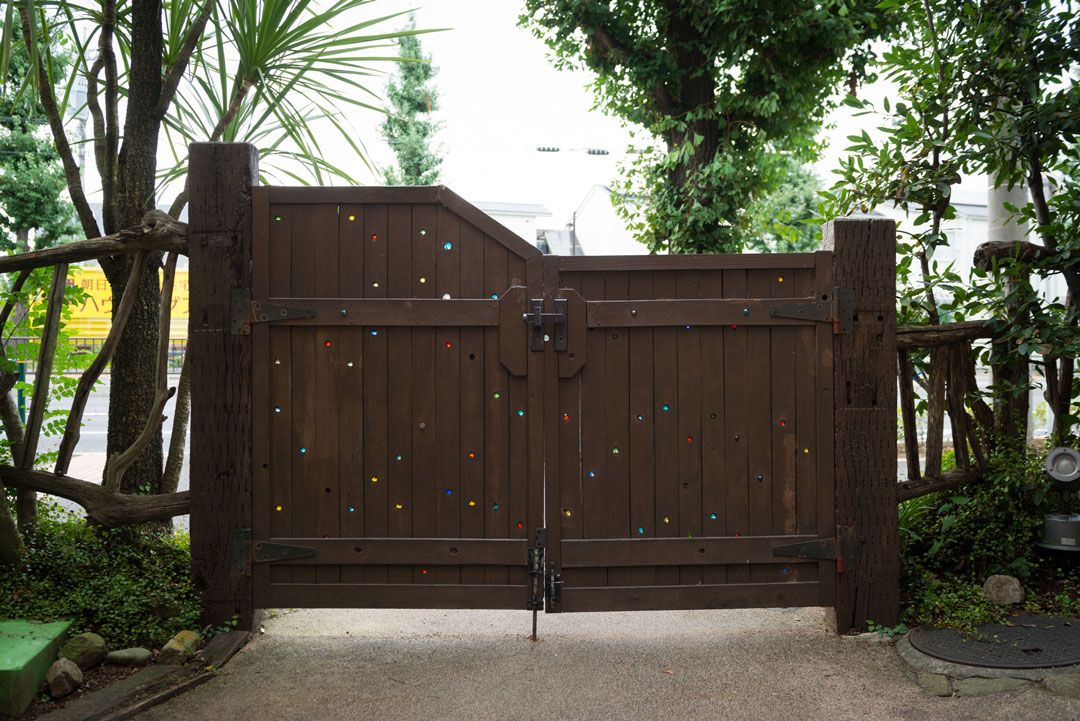 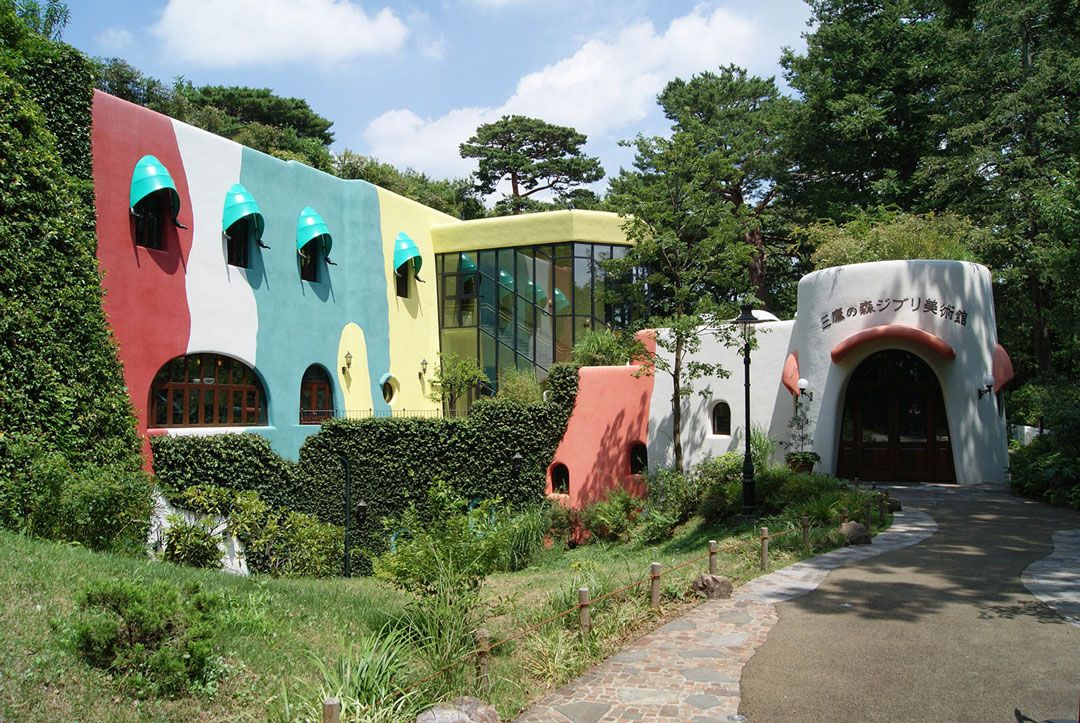 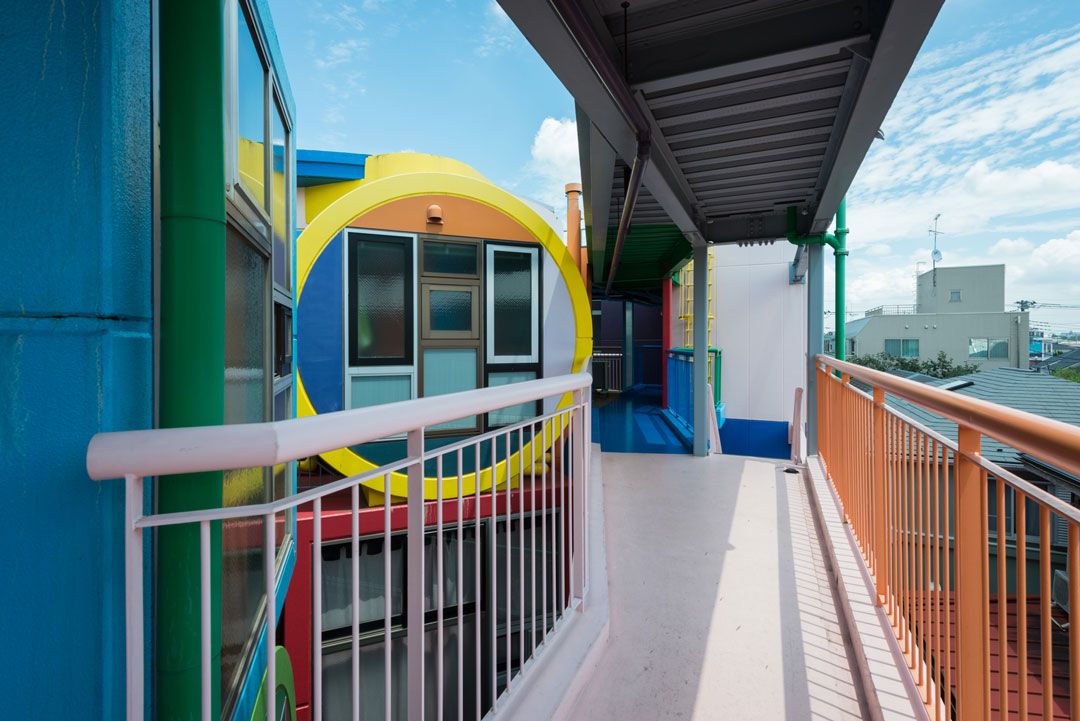 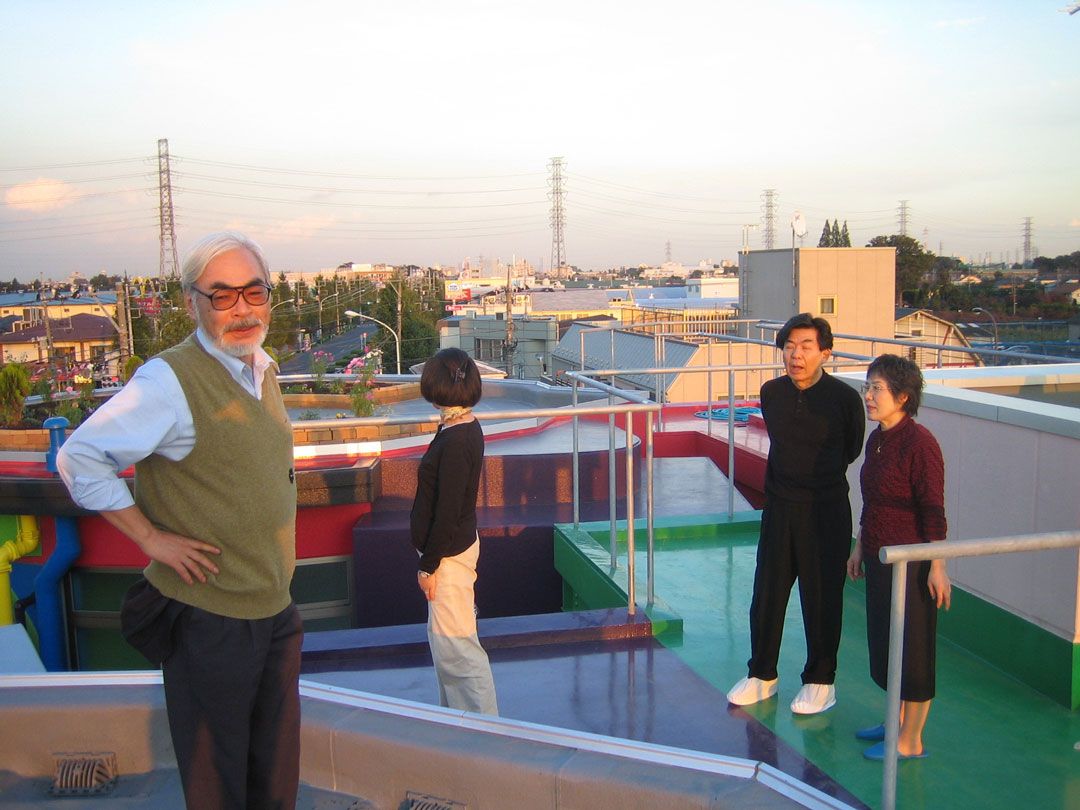