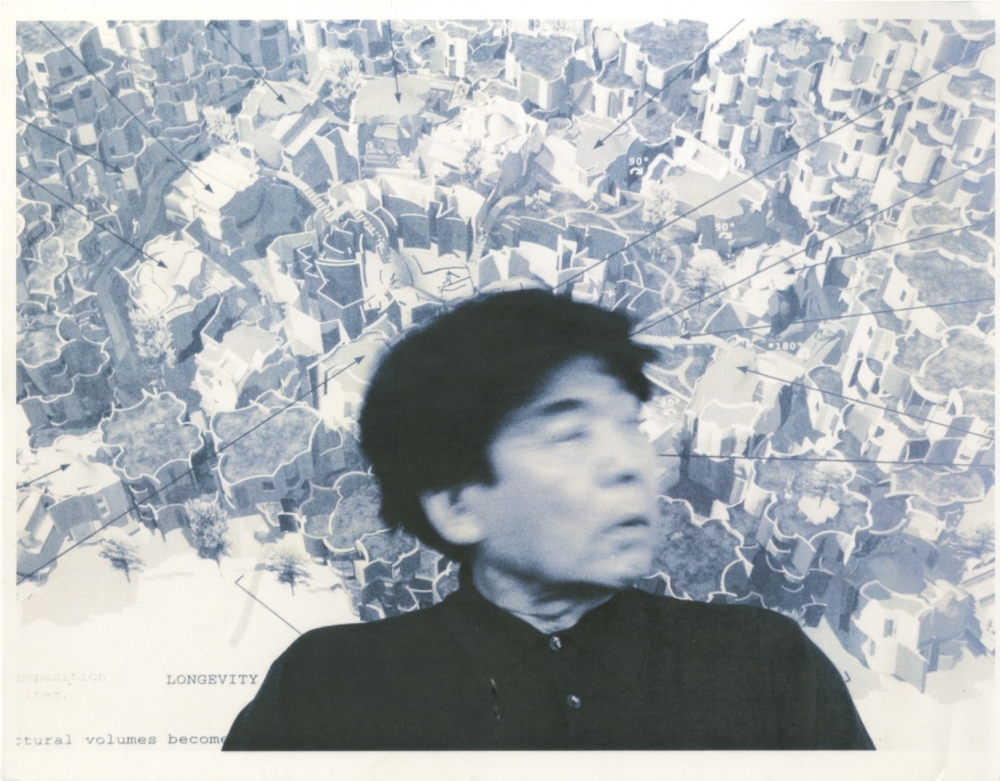 For Distraction Series 11, we are delighted to share an interview Arakawa gave in Tokyo, 1997, at the NTT InterCommunication Center (ICC), available for the first time with English subtitles. You can find the English transcript of the interview in the link below.

In this roughly thirty-minute interview, Arakawa discusses what it means to him to think across two languages as well as the concept of the architectural body. He then waxes philosophical on human-made nature, civilization and architecture, and the relationship between computers and art. Conducted by Yukihiro Hirayoshi (professor of design and architecture at Kyoto Institute of Technology; formerly, curator at the National Museum of Art, Osaka), this interview not only provides insight into Arakawa’s approach to his work and his thoughts on a variety of related subjects, it also offers an interesting snapshot of the late 1990s from the point of a view of an artist.

In the following year, the ICC held an exhibition of Arakawa and Madeline Gins’s work, entitled The City as the Art Form of the Next Millennium ARAKAWA/GINS (January 24th–March 29th, 1998), which featured a large model of a Reversible Destiny city along with large-scale prints of their digital architectural renderings and physical installations. As Arakawa discussed in the interview, the transition from painting to architecture was a necessary step toward realizing their vision of civilization, and the exhibition introduced their further exploration into city planning. During the exhibition, Arakawa and Gins’s experimental films “Why Not (a Serenade of Eschatological Ecology)” (1969, 110min.) and “For Example (A Critique of Never)—A Melodrama” (1971, 95min.) were both screened; they gave an artist talk; Arakawa and architect Arata Isozaki held a symposium; and artist Toshinori Kondo performed a work entitled, Soundscape for the Next Millennium.

We hope you enjoy it!

The contents of this interview are licensed under a Creative Commons: Attribution - NonCommercial - ShareAlike license. Please refer to the Deed for further details.