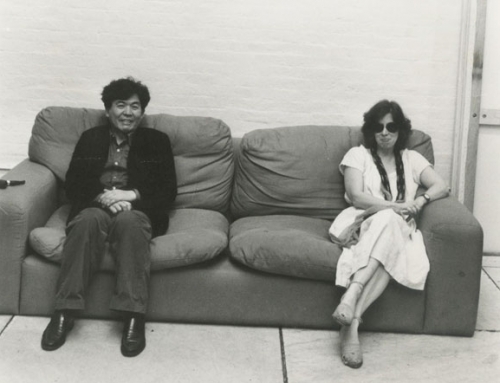 For Distraction Series 15 we share with you words from a close friend of Madeline and Arakawa, poet – Don Byrd:

Madeline and Arakawa were the most generous of artists, forever looking for co-conspirators.

I would get phone calls from Madeline. “Hi, are you well enough to talk? How are we not going to not to die?”  To Not To Die, as in the title of one of their most important books.

Sometimes I got packages of texts from them. They were signals to expect a call. Sometimes she would put me on hold to talk to Arakawa about what I was saying.

They were in touch with many others. When they wanted to follow an idea, Madeline would call people out of the blue, promise to send their books, and hit them with questions.

We can now see that their collaborative work from the Mechanism of Meaning to the last architectural work is of a piece. It is not an aesthetic or theoretical whole; it is an incomplete and incompletable project, not a work of art but a work of life, inevitably cut short.

Madeline and Arakawa were masters. They filled their vision not with concepts or images but with viable procedures. Their paintings, writings, and buildings require our moving attentions and moving bodies. What the works make possible, not the works themselves, is what is important. The work deals with our tentative and untenable condition. We might fall over.

It is about what is to be done now.  “Are you well enough to talk?”

I liked getting the phone calls. They were the real thing. But it was hard to enter the collaboration. They had been together forty years. It required you to think about the hardest things, whilst on your tippy-toes, and the whole Earth trying to knock you over.

After an hour I would be exhausted.

On January 8, 2015, some friends of Madeline’s met at Pascalou restaurant on Madison Avenue in New York to remember the immense energy that she had often loaned us. It was a warm meeting on a cold night, and we decided to meet annually. This year, the year when almost everything is called off, the call to the dinner did not come.

How do we pick up from where they left off? There is much to be done. We should remember in the midst of everything, they were playful.


We look forward to the year ahead!

Yours in the reversible destiny mode,
Reversible Destiny Foundation and the ARAKAWA+GINS Tokyo Office 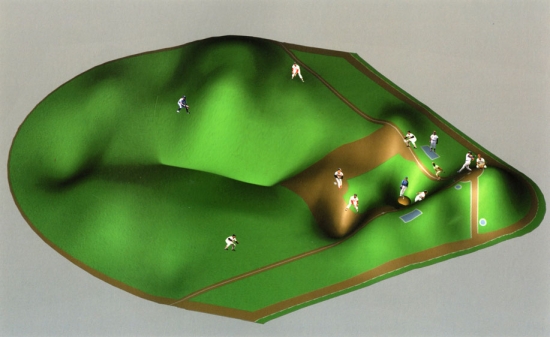