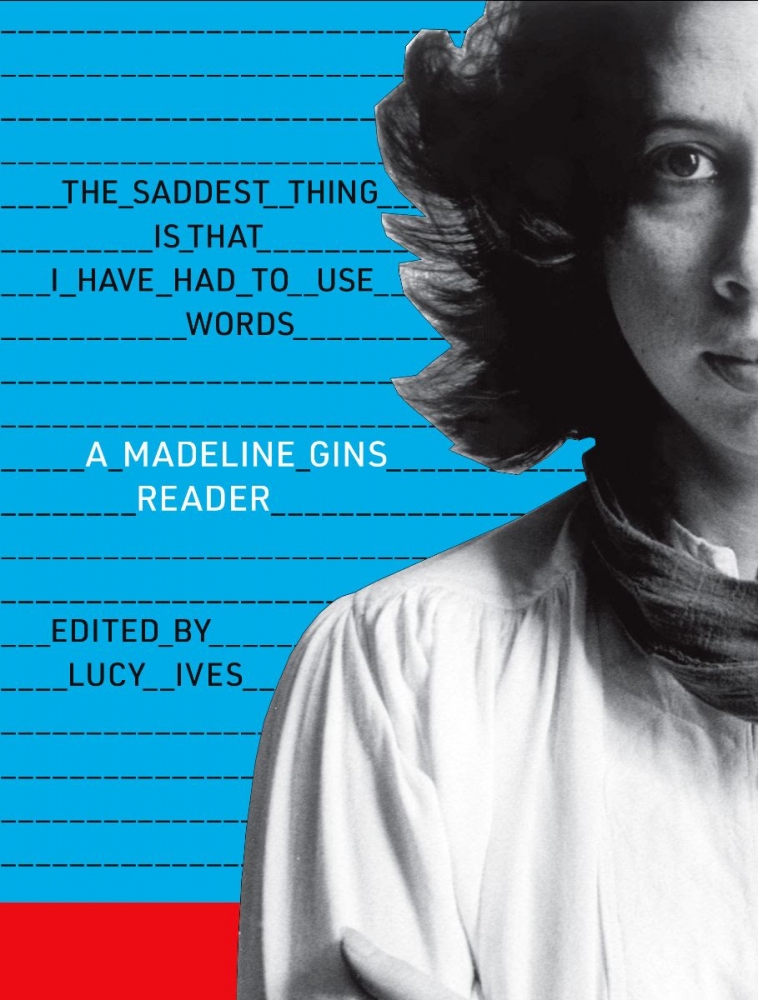 The Reversible Destiny Foundation is excited to announce the publication of The Saddest Thing Is That I Have Had to Use Words: A Madeline Gins Reader, edited by Lucy Ives and published by Siglio Press. The book officially launches on April 21st, 2020.

“For anyone who wants to experience directly the uncharted regions of inner and outer space in which language, perception, thought, and image play freely with our cramped expectations of them, the Madeline Gins Reader is an indispensable guide and a startling discovery.”
— ADRIAN PIPER

The Saddest Thing Is That I Have Had to Use Words: A Madeline Gins Reader is a revelatory anthology, edited and with an introduction by the writer and critic Lucy Ives. It brings never-before-published poems and essays together with a complete facsimile reproduction of Gins’s 1969 masterpiece, WORD RAIN (or A Discursive Introduction to the Intimate Philosophical Investigations of G,R,E,T,A, G,A,R,B,O, It Says), along with substantial excerpts from her two later books What the President Will Say and Do!! (1984) and Helen Keller or Arakawa (1994). Long out of print or unpublished, Gins’s poems and prose form a powerful corpus of experimental literature, one which is sure to upend existing narratives of American poetics at the close of the twentieth century.

Pre-order before April 1st and use our exclusive discount code, WORDRAIN, to receive 25% off: http://sigliopress.com/book/madeline-gins-reader/

“Madeline Gins was marooned here, on Earth, and made the best of it, using what was available to her, like words. This book is a splendid testament to how far she pushed them, and us, to realize what she already knew. That this, all this, is not it. Not. Even. Close.”
— PAUL CHAN

“Gins was a foundational figure. Her work was original and yet also deeply indicative of the transformative activities of conceptualism that performed a tectonic shift in art-making beginning in the late 1960s. These brilliant essays, the incredible novel/artist’s book WORD RAIN, the poems, projects, and thoughts have all been scattered, unavailable, or out of print. Ives frames the collection articulately, giving us a vivid sense of the period in which Gins began and developed her remarkable body of work. This is a welcome publication that will renew our appreciation of Gins’s intellect and wit.”
— JOHANNA DRUCKER