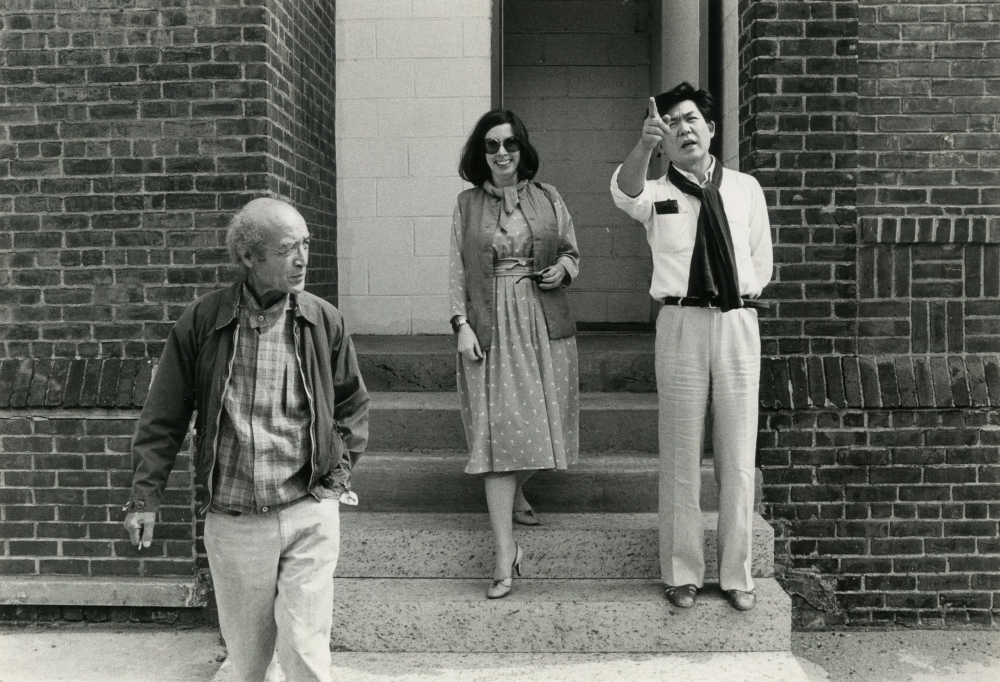 With their expansively imaginative works, New York-based artists of Japanese descent Arakawa (1936–2010) and Isamu Noguchi (1904–1988) both pushed artistic, conceptual, and ideological limits throughout their lives—from the line between art and design to the borders within cultural identities. This program invites Brett Littman, Director of the Isamu Noguchi Museum and Garden, in conversation with Miwako Tezuka, Consulting Curator of Arakawa and Madeline Gins’ Reversible Destiny Foundation, to discuss these artists’ kinship in genre-defying interests and activities.

Brett Littman has been the Director of the Isamu Noguchi Foundation and Garden Museum in Long Island City, New York since May 2018. He was the Executive Director of The Drawing Center from 2007–2018; the Deputy Director of MoMA PS1 from 2003–2007; the Co-Director of Dieu Donné Papermill from 2001–2003 and the Associate Director of Urban Glass from 1996–2001. His interests are multi-disciplinary and he has overseen more than seventy-five exhibitions and personally curated more than 20 exhibitions over the last decade dealing with visual art, outsider art, craft, design, architecture, poetry, music, science, and literature. Littman is an art critic and lecturer, an active essayist for museum and gallery catalogues and has written articles on a wide range of US and international art, fashion, and design magazines.

Miwako Tezuka has been the Consulting Curator of the Reversible Destiny Foundation since 2015. Formerly, she was the Gallery Director of Japan Society in New York (2012–15) and the Curator of Contemporary Art at Asia Society Museum in New York (2005–12). She has curated numerous exhibitions, including: Maya Lin: A River Is a Drawing (2018); LOVE Long: Robert Indiana and Asia (2018); Garden of Unearthly Delights: Works by Ikeda, Tenmyouya & teamLab (2014); Rebirth: Recent Work by Mariko Mori (2013); Yoshitomo Nara: Nobody’s Fool (2010); Yang Fudong: Seven Intellectuals in a Bamboo Forest (2009). She is also the Co-Director of PoNJA-GenKon, a global online network of scholars and curators in the field of post-1945 Japanese art. She holds a PhD in post-1945 Japanese art history from Columbia University.