In 1970, Arakawa had a solo exhibition at Musée National d’Art de Moderne de la Ville des Paris, and he also represented Japan in the XXXV Venice Biennale in the same year. At the Venice Biennale, he debuted a group of works from The Mechanism of Meaning alongside other paintings. The Mechanism of Meaning was then featured in a touring show of German museums that began at the Frankfurter Kunstverein, Frankfurt in 1971.

Visually, the proposals that appeared as texts in his paintings became longer and more discursive, at times filling the canvas with stenciled letters in a range of colors and treatments. Contrasting concepts were later introduced by using words such as cleave, the act of both cutting and joining, and blank, a word that can mean both absence and presence. Works became larger, often made up of multiple panels that challenged the fixed vantage point of the viewer. Vertical radiating forms began to dominate the work from the middle of the decade; lines would slice across the surface of the canvas contrasting with representations of space like house plans and grids, creating complex visual and intellectual puzzles.

In the 1970s, Arakawa began what would become ongoing relationships with Ronald Feldman Fine Art in New York, Galerie Yvon Lambert in Paris, and Takagi Gallery in Nagoya, all of these galleries continuing to exhibit his work into the next decade. During this same time, Arakawa published his prints with Marian Goodman’s Multiples Inc. In 1979, Japan celebrated Arakawa with three museum shows: a mid-career retrospective at The Seibu Museum of Art, Tokyo, a survey of his prints at the Hyogo Perfectural Museum of Modern Art, and Arakawa: The Mechanism of Meaning at the National Museum of Art, Osaka. 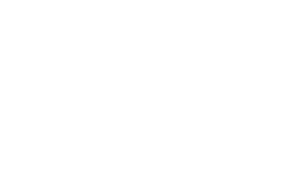